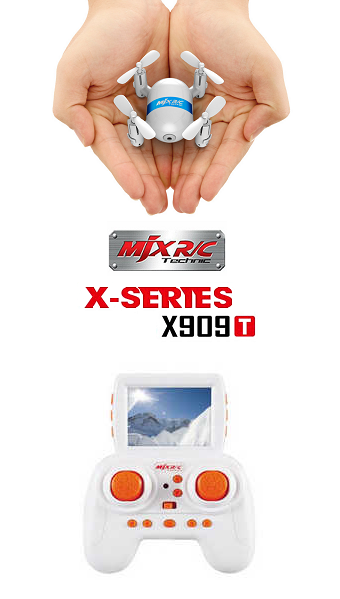 Today we have on review tiny MJX X909T quadrocopter. Despite its size, the quadcopter received an FPV module operating at an analog frequency of 5.8GHz and a few more functions about which below. We also note right away that this is the smallest drone in the MJX lineup that broadcasts video at an analog 5.8GHz frequency without delays. Traditionally with special features. 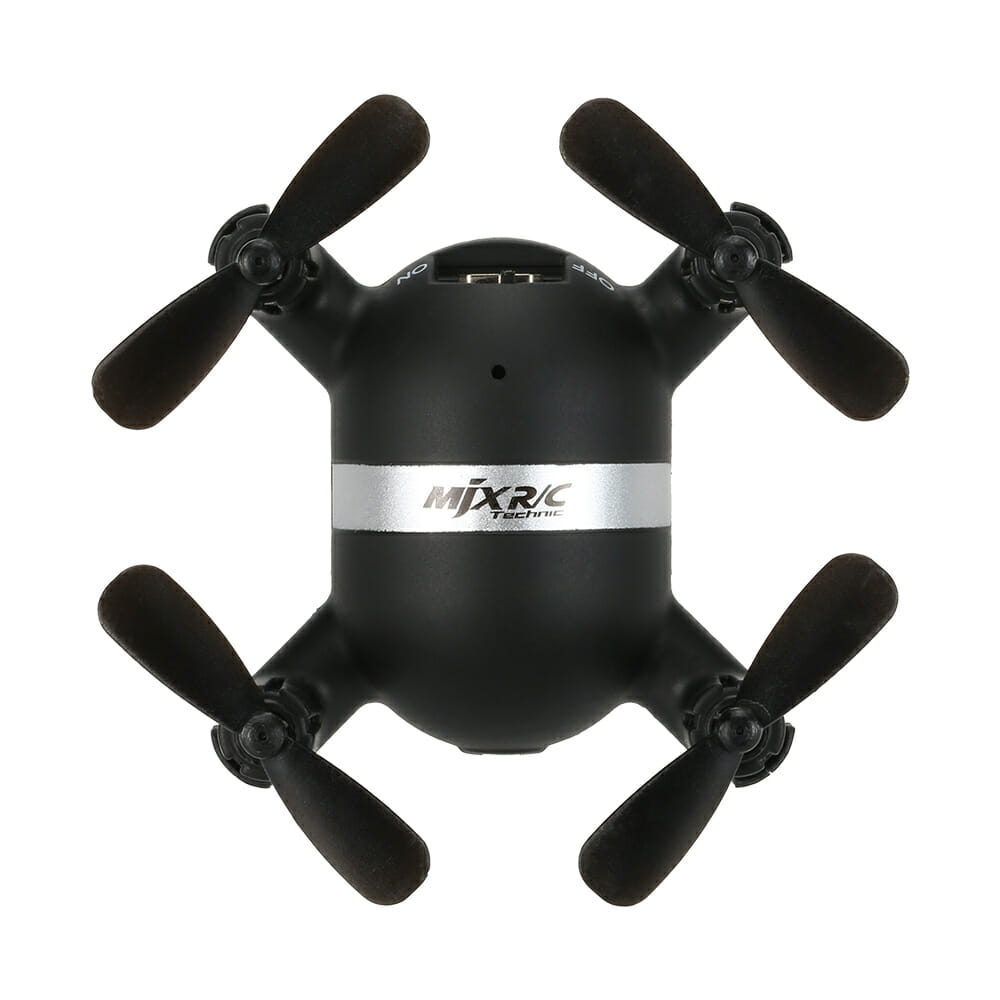 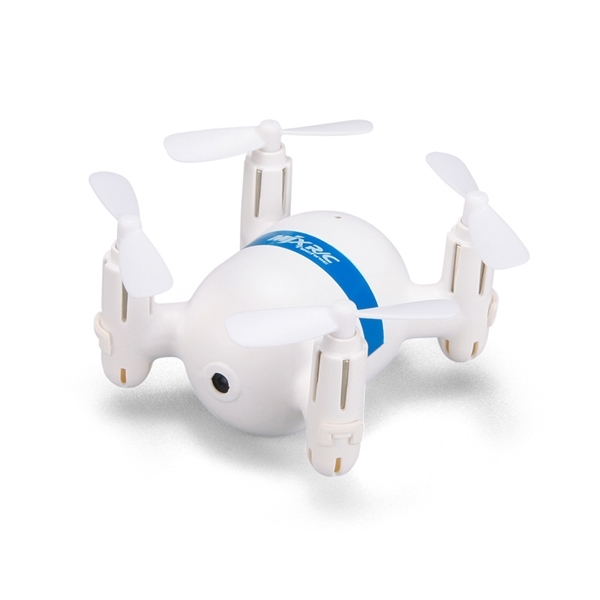 MJX X909T looks rather unusual and attractive. The design is a bit comical, like a ladybug or a flying "Kinder egg". The quadcopter is strong to the touch, it feels like it is made of high-quality plastic. In practice, this has been confirmed. The MJX X909T withstands multiple crashes without a single damage, even to the rotors. 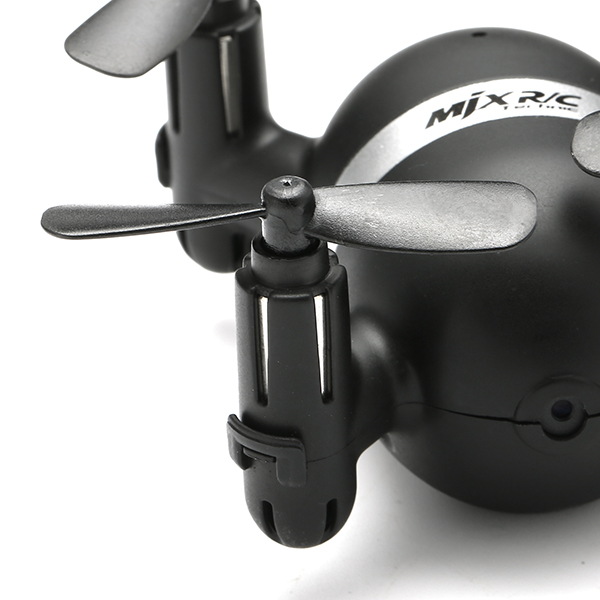 The MJX X909T is really very small as in the pictures of the manufacturer I never trust. This fact of correspondence is even surprising. There are no weak points on the drone's body, the frame is monolithic and more stable. 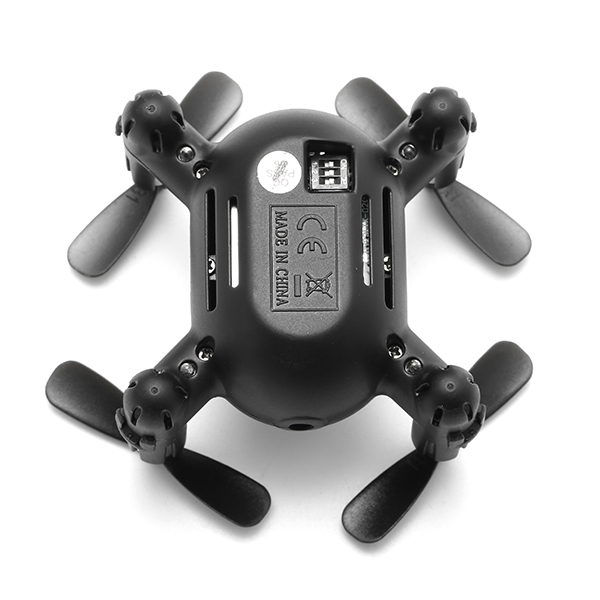 I suspect that if you fall from a great height on your belly, you can still damage the bottom cover, since there are no landing legs. The battery is built into the case, which means that additional batteries will not help us. You will have to put the MJX X909T on charge, which will take about one hour.

The MJX X909T is very easy to fly. Insert the microSD card into the bottom slot on the remote control. Turn on the drone and remote control. Then arm the motors - move the throttle stick up and down. MJX X909T is ready to fly. You can see the live stream from the camera on the FPV monitor and record your flight. 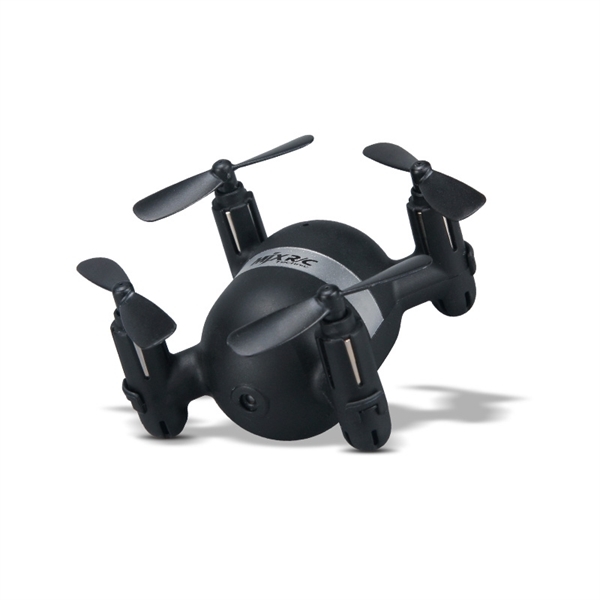 The quadcopter has good speed and throttle response. Has two modes of speed, increased costs and reduced. If you are going to fly in an apartment, I advise you to include reduced costs. Especially if for FPV you will use a monitor on the remote control, the size of which is only 5.8 cm. Flips, return to the remote control, headless mode, the MJX X909T drone does all this effortlessly. The flight time corresponds to the declared specification - 5 minutes, provided that you do not record a video. With the recording, the time will be at best 4 minutes.

The image quality of the camera is very common for drones in this niche. I don't think anyone will buy this drone for filming. Videos are only needed if you are doing tricks or other difficult elements and want to show them to your friends. 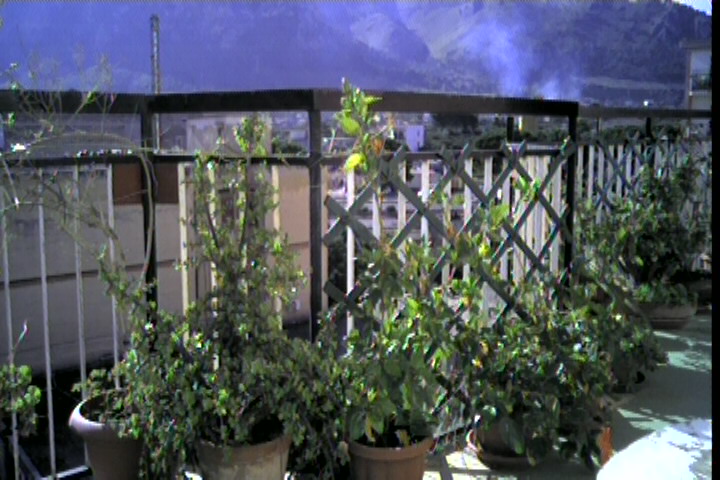 Photos and videos have the same resolution of 1280 × 720 pixels. But in fact, it falls short of HD quality, at least when watching a recorded video. But at the time of FPV flight, the picture is much better, apparently the manufacturer focused exclusively on FPV flight. Video transmitted at 5.8GHz has no noticeable lag. The camera's viewing angle is narrow, which makes indoor flights very difficult. 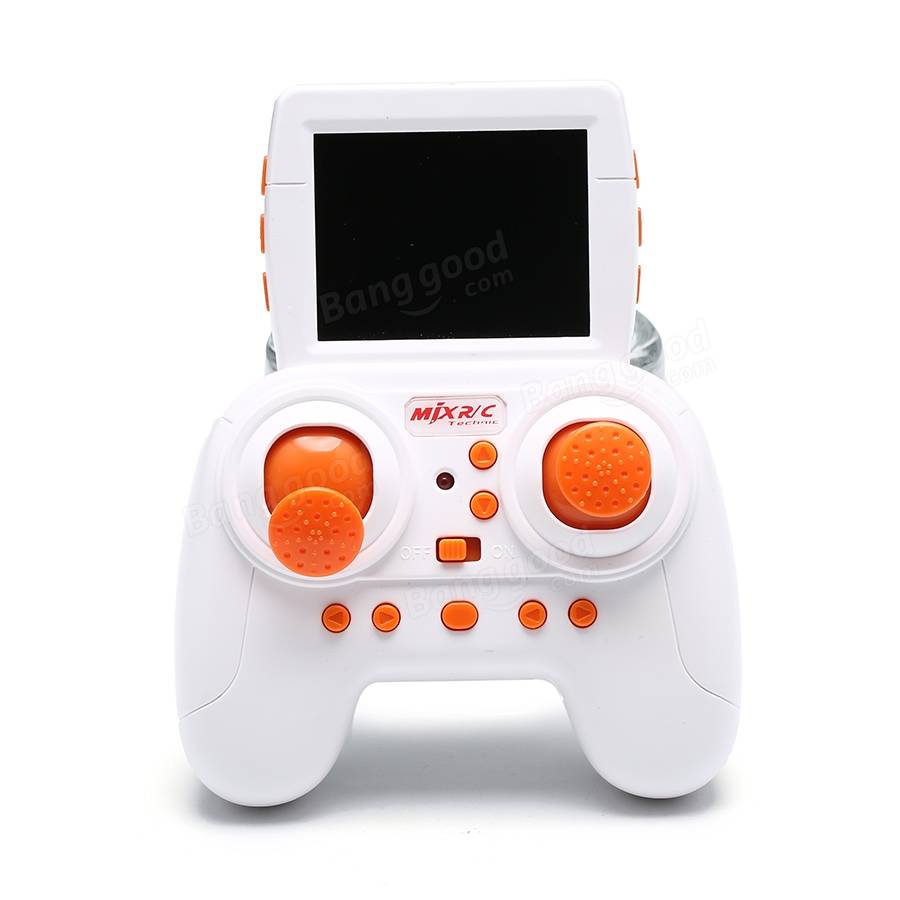 Remote Controller MJX probably does the best. Well-built, sturdy with comfortable buttons, and just nice to look at. The MJX X909T's hardware is no exception, even with a built-in 5.8cm monitor. 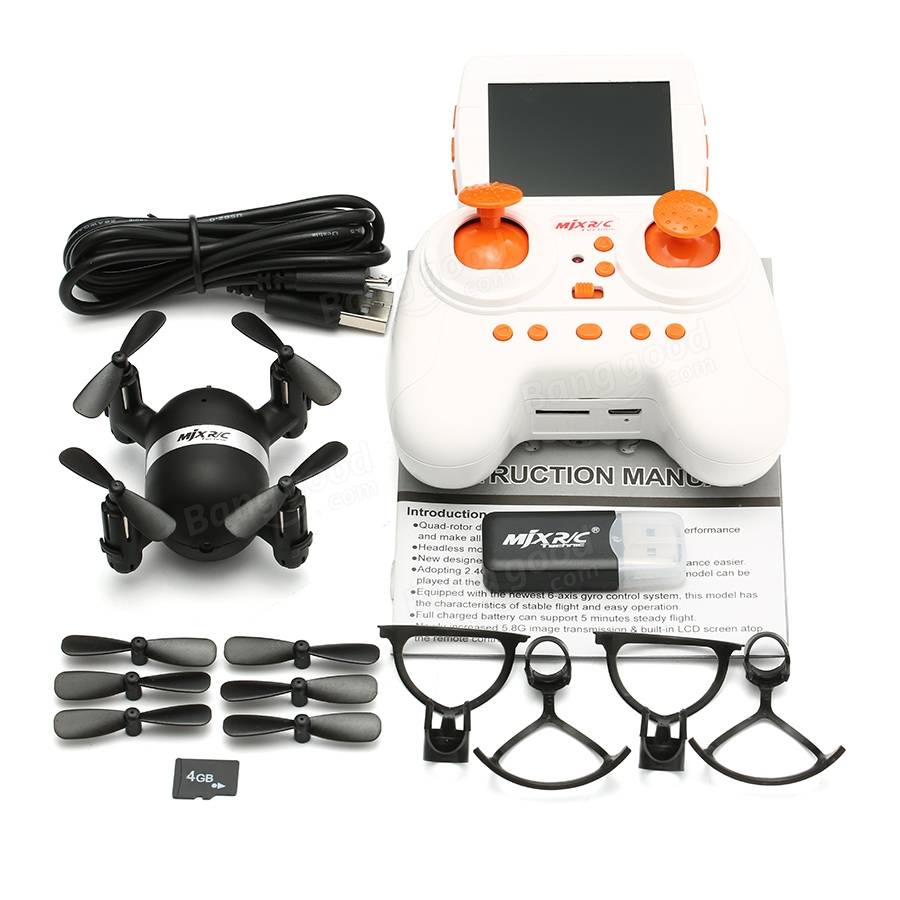 MJX X909T comes in a compact box that is slightly larger than the packaging of a regular smartphone. It is convenient to carry it with you in it.

In the package you will find: 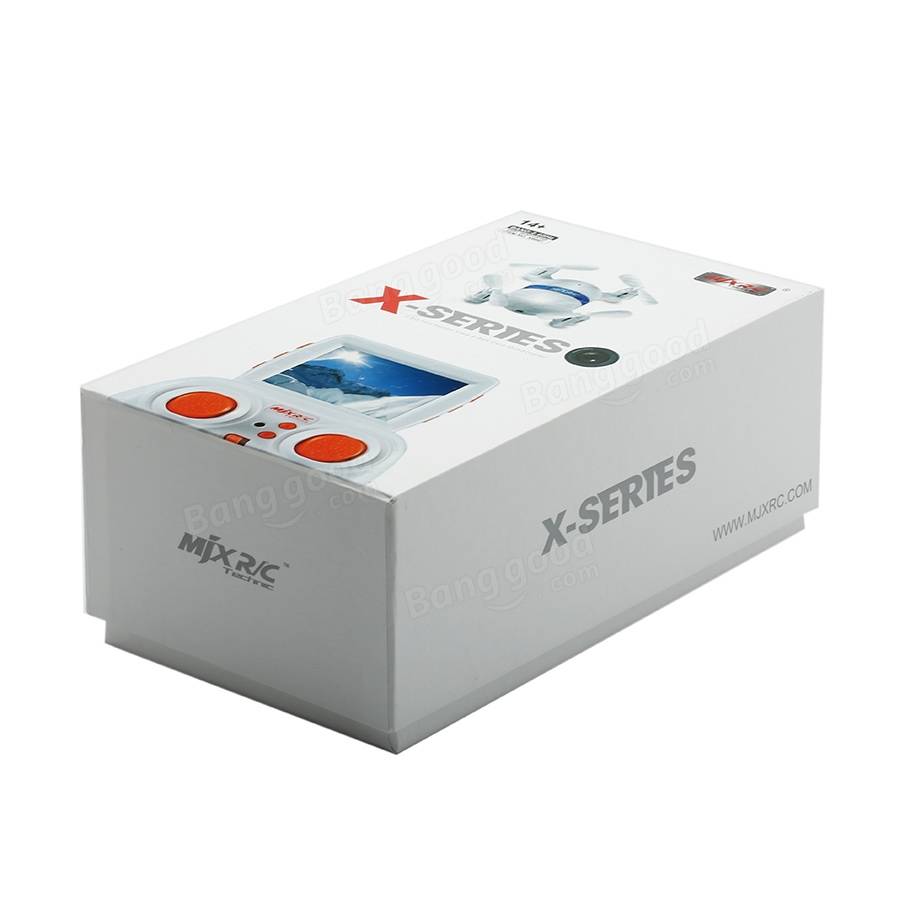 In general, MJX X909T really liked it, it does not surpass its competitors in functionality. Just doing his job (FPV flying) without hesitation. The drone performs pretty well as stated by the manufacturer, and its super small size makes it the perfect travel companion.

If you are new to FPV, I advise you to start with drones of exactly the same class as the MJX X909T. And then move on to more serious frame sizes. The X909T has an affordable price tag making it much easier to enter the world of drone and FPV flying. You will not regret it!

What is FPV and what's the difference between Wi-Fi and analog 5.8GHz and 2.4GHz.

AuroraRC STICK4: How Good Are Your Skills?